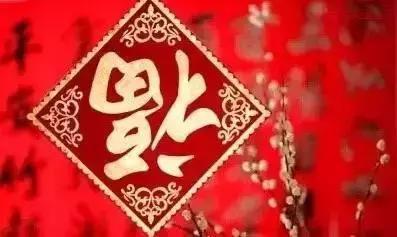 Chinese New Year Celebration is the most important celebration of the year. Chinese people may celebrate the Chinese New Year in slightly different ways but their wishes are almost the same; they want their family members and friends to be healthy and lucky during next year.

To clean houses on the New Year Eve is a very old custom dating back to thousands of years ago. The dust is traditionally associated with “old” so cleaning their houses and sweeping the dust mean to bid farewell to the “old” and usher in the “new”. Days before the New Year, Chinese families clean their houses, sweeping the floor, washing daily things, cleaning the spider webs and dredging the ditches. People do all these things happily in the hope of a good coming year.

One of the house decorations is to post couplets on doors. On the Spring Festival couplets, good wishes are expressed. New Year couplets are usually posted in pairs as even numbers are associated with good luck and auspiciousness in Chinese culture.

People in north China are used to posting paper-cut on their windows. When sticking the window decoration paper-cuts, people paste on the door large red Chinese character “fu”A red "fu"means good luck and fortune, so it is customary to post "fu"on doors or walls on auspicious occasions such as wedding, festivals.

Waiting for the First Bell Ringing of Chinese New Year

The first bell ringing is the symbol of Chinese New Year. Chinese people like to go to a large squares where there are huge bells are set up on New Year’s Eve. As the New Year approaches they count down and celebrate together. The people believe that the ringing of huge bell can drive all the bad luck away and bring the fortune to them. In recent years, some people have begun going to mountain temples to wait for the first ringing. Hanshan Temple in Suzhou, is very famous temple for its first ringing of the bell to herald Chinese New Year. Many foreigners now go to Hanshan Temple to celebrate Chinese New Year.

Shousui means to stay up late or all night on New Year's Eve. After the great dinner, families sit together and chat happily to wait for the New Year’s arrival.

Spring Festival is a time for family reunion. The New Year's Feast is "a must" banquet with all the family members getting together. The food eaten on the New Year Eve banquet varies according to regions. In south China, It is customary to eat "niangao" (New Year cake made of glutinous rice flour) because as a homophone, niangao means "higher and higher every year". In the north, a traditional dish for the feast is "Jiaozi" or dumplings shaped like a crescent moon. Lighting Firecrackers used to be one of the most important customs in the Spring Festival celebration. However, concerning the danger and the negative noises that lighting firecrackers may bring, the government has banned this practice in many major cities. But people in small towns and rural areas still hold to this traditional celebration. Right as the clock strike 12 o'clock midnight of New Year's Eve, cities and towns are lit up with the glitter from fireworks, and the sound can be deafening. Families stay up for this joyful moment and kids with firecrackers in one hand and a lighter in another cheerfully light their happiness in this especial occasion, even though they plug their ears.

On the first day of the New Year or shortly thereafter, everybody wears new clothes and greets relatives and friends with bows and Gongxi (congratulations), wishing each other good luck, happiness during the new year. In Chinese villages, some villagers may have hundreds of relatives so they have to spend more than two weeks visiting their relatives.

On the first day of the new year, it’s customary for the younger generations to visit the elders, wishing them healthy and longevity.Because visiting relatives and friends takes a lot of time, now, some busy people will send New Year cards to express their good wishes rather than pay a visit personally.

It is the money given to kids from their parents and grandparents as New Year gift. The money is believed to bring good luck, ward off monsters; hence the name "lucky money". Parents and grandparents first put money in small, especially-made red envelopes and give the red envelopes to their kids after the New Year's Feast or when they come to visit them on the New Year. They choose to put the money in red envelopes because Chinese people think red is a lucky color. They want to give their children both lucky money and lucky color.

Do you want a gift for the New Year??? Of course, our company has prepared a rich gift for you.

The big surprise is one model wall mounted household heat pump NERS-FR1.5F. Do you want it? !!